There really isn’t a city like New York City.  It’s hard to explain unless you’ve been there.  There is a constant swell of energy in the air, even during the gloomiest of days.  Whether you’re in the Financial District, Midtown, the Theater District or even the upper east side, you can still feel it.  Perhaps that’s why Travis and Kathy chose to share their wedding vows there, in the midst of that energy.  Whatever the reason, it turned into an amazing day for them!

The day started with a few last minute schedule changes and a missing veil.  The beauty of photographing weddings is that you’re forced to be dynamic and flexible.  Things change and part of my role is to ensure that the bride and groom are relaxed and not stressed about those last minute changes.  We had changes in the start time, changes in wedding location (yes!) but in the end, it all worked out.  The wedding was initially planned to be at the Bethesda Fountain in Central Park.  However, pending rain and a hesitant officiant had the ceremony shifted to a small area at The Plaza Hotel.  Yes, THE Plaza Hotel, where the bride and groom were staying during their time in the city.  The hotel really is as stunning as you might imagine!

I arrived early and captured a photographs of the bride getting ready in her suite, accompanied by her mom and maid of honor.  The ceremony was very classic with a twist of hand wrapping, signifying their bond and commitment to each other.  There were just a few close family members present which made for a very intimate ceremony in the gorgeous wings of the Plaza.  Thankfully, the weather held up and we made our way via horse and carriage to Bethesda Fountain in Central Park.  The light wasn’t overly harsh and the fountain provided a beautiful backdrop for the newly wed couple.  There is also a bridged area with beautiful artwork next to the fountain that we took advantage of.  Afterward, Travis and Kathy took the carriage back to the hotel, waving to pedestrians on the street along the way, to join the rest of their family for a private dinner reception at the Boat House.

The magic of the city didn’t disappoint!  Congratulations to Kathy and Travis! Kathy looking toward the streets as she waits to meet her groom. 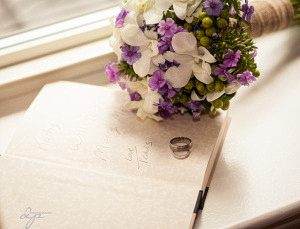 The book that Travis used when he proposed to Kathy, which the maid of honor used to carry the rings in. 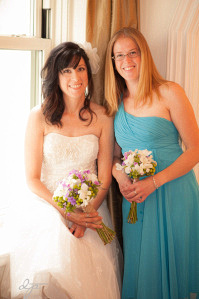 Bride and maid of honor 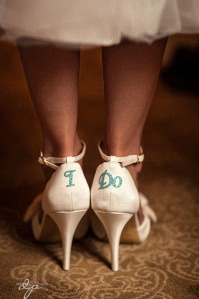 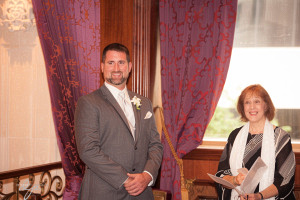 Travis as he sees Kathy for the first time, waiting with the Reverend. 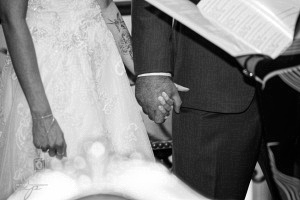 Handholding during the ceremony 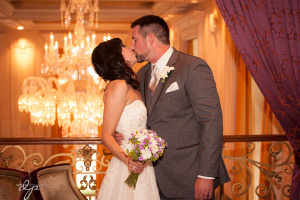 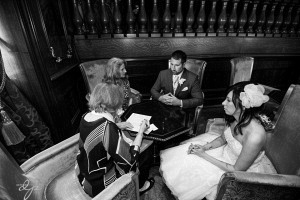 Signing on the dotted line… 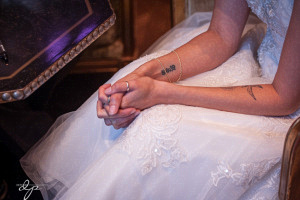 Kathy, patiently waiting her turn to sign the papers. 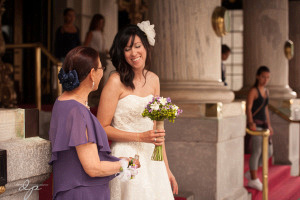 Kathy and her mom, waiting for the carriage. 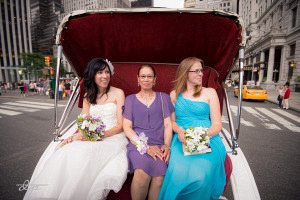 The ladies took the carriage to Central Park – not a bad way to ride! 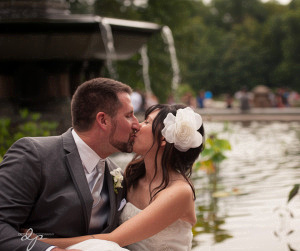 In front of Bethesda Fountain 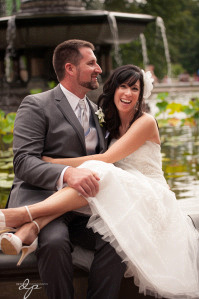 A little inside joke 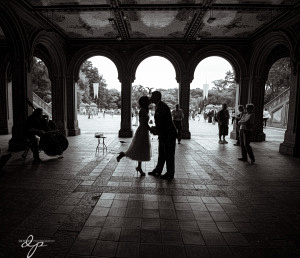 The walkway with beautiful arches and Bethesda Fountain in the background. 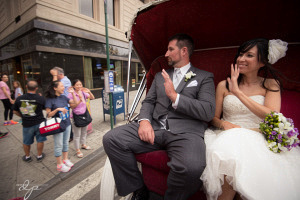 Waving to the pedestrians on the way back to the hotel – they received many congratulatory cheers from them!