This past weekend I had a real treat with not only my parents in town from Florida, but also a ride up the Cog Railway to the top of Mount Washington!  Mount Washington is stunning and the tallest peak in the Presidential Range of the White Mountains in New Hampshire.  In fact, it’s the tallest peak in the entire northeast at 6,288 ft.  It’s known to have “the world’s worst weather” and once recorded a wind gust of 231 mph!

Mount Washington also quite historic as it is home to the very first mountain climbing rack-and-pinion (Cog) railway in the world.  It’s been in operation since 1869 and the design has been mimicked around the world.  There is actually a sister Cog railroad on Pike’s Peak in Colorado that I road a few years ago.  I wanted to treat my parents to a ride on the Cog and the beautiful views from Mount Washington while they were visiting.  We nearly didn’t make it after a few wrong turns and missing our reservation, but we got lucky and found our way on another train.  We boarded onto the small railcar that had a maximum capacity of 70 people and it was near capacity.  The conductor provided a bit of history for us as we made our way up.  He took time to boast that we were riding the second steepest track but by far the most dangerous – thankfully he shared that information after we made it past the risky “Jacob’s Ladder”!

The views were amazing, from those behind us as we were riding up to those all around when we reached the summit.  The clouds looked magical and the peaks in the distance almost looked like cartoons that were about to come to life.  We were fortunate that the winds were relatively calm and we had the sun attempting to warm us which isn’t always the case.  My parents even got “photo bombed” by a hiker that was determined to touch the summit marker!

I highly recommend a ride on the Cog at least once if you have the opportunity.  You can also take the motor way up or enjoy a nice long hike!  Check out more about the observatory and weather center at http://www.mountwashington.org.

Here are some photos from our adventures! 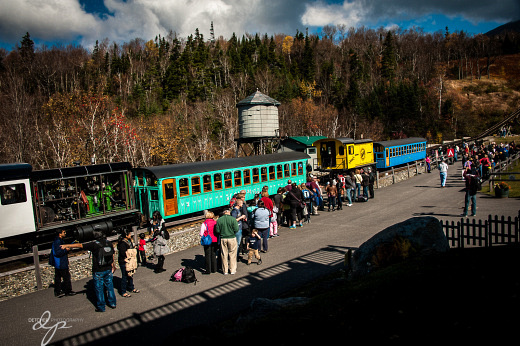 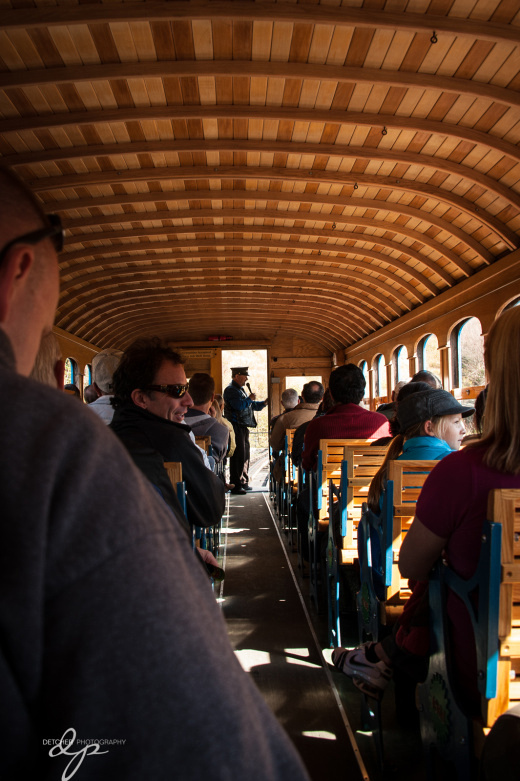 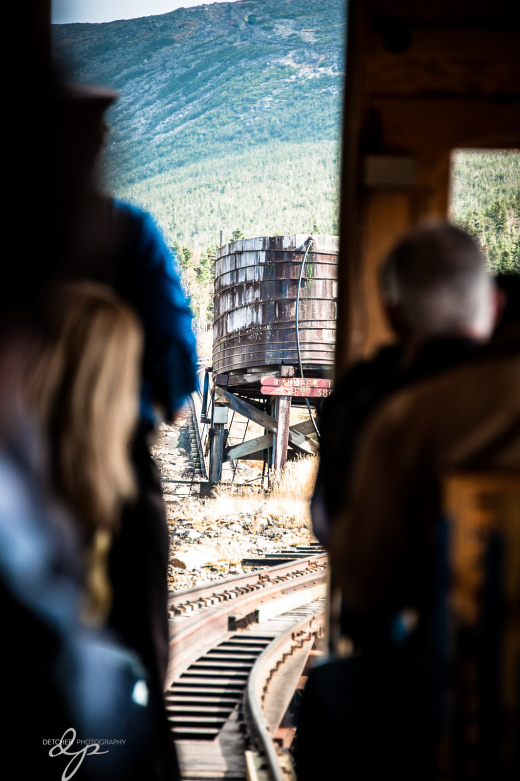 A view of the power source ahead 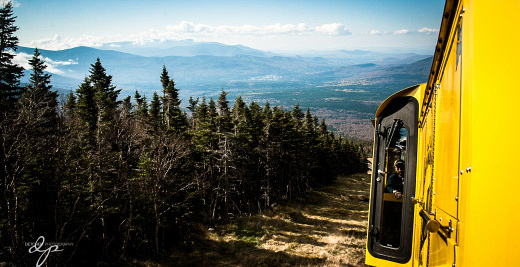 Our engineer! Oh… and some mountains. :-) 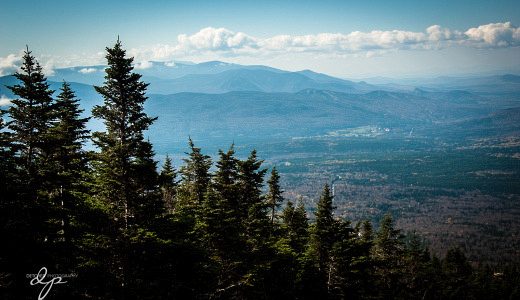 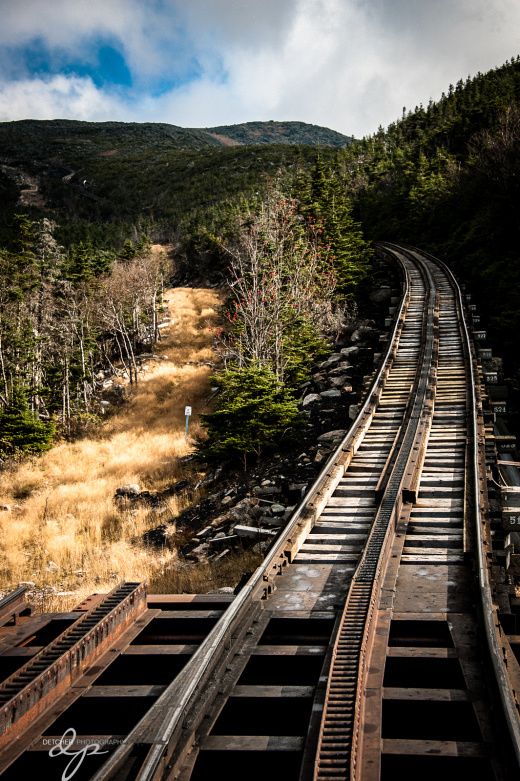 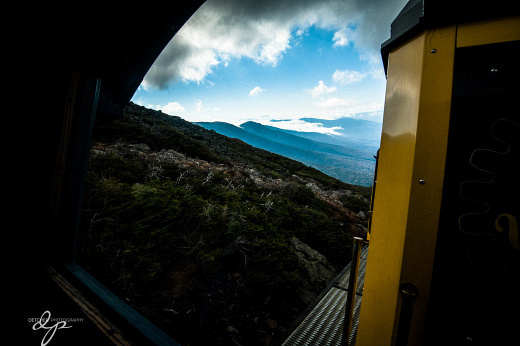 This is what happens when you fumble your camera while hitting your shutter release at the same time! 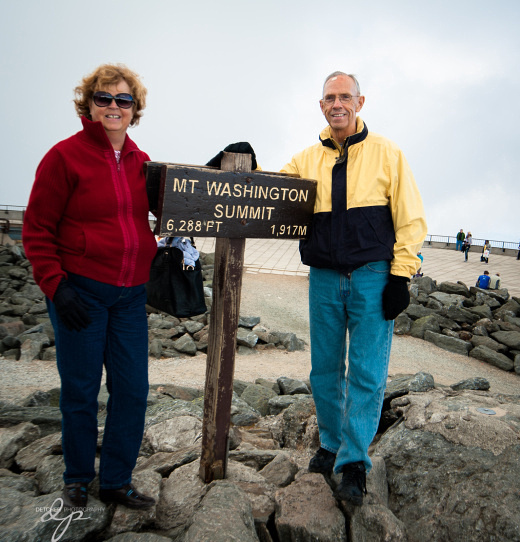 Mom and Dad at the summit! 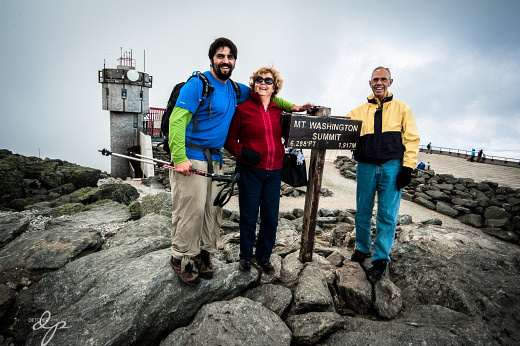 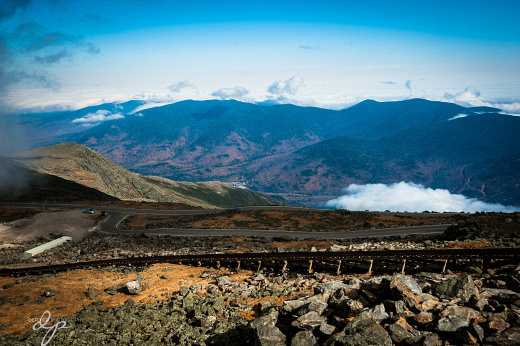 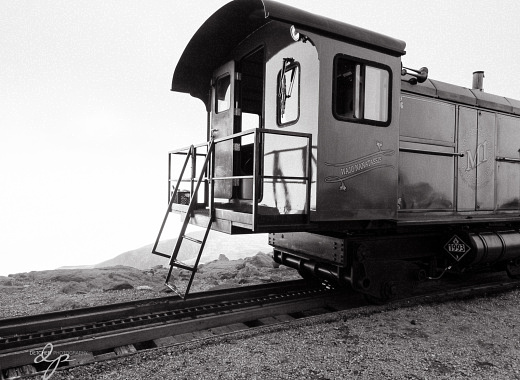