Keep shooting the camera, that is.  One of the things I’ve learned over the years is that sometimes, the most interesting, fun, revealing, beautiful, [pick your adjective] photos come when you least expect it.  Maybe you have your camera set to “burst” and one of the images just completely surprises you.  Maybe you are photographing people and between posed shots you just keep hitting that shutter release.  Maybe you’re photographing someone who has no idea you’re there and you capture them in their own moment.  Usually these are the times that you’re able to capture the emotion in people because they are unguarded.

I am sharing two photographs from a session that I had with a family last weekend.  It was kind of funny.  I was scheduled to join them in their home a few days prior, but leave it up to New England winters to give us a snow storm with heavy winds and ice.  We delayed a few more days and I trekked over to the their home an hour away from mine.  The two kids were home for the holidays and they wanted to remember the joy of that since it doesn’t happen as often as they’d like.  They had huge windows in the room and tons of natural light, which is where the first photo was taken, of course, posed.  However, I couldn’t keep my eyes off their back deck with the mountain range in the background.  The only catch was that it was around 25F outside.  A bit chilly!  The second photo is from the back deck.  I didn’t do much editing on this as it’s not one they’ll print… but I just love how they’re all laughing and having fun.  To me, that photo captured their personalities and how everyone was feeling that day. 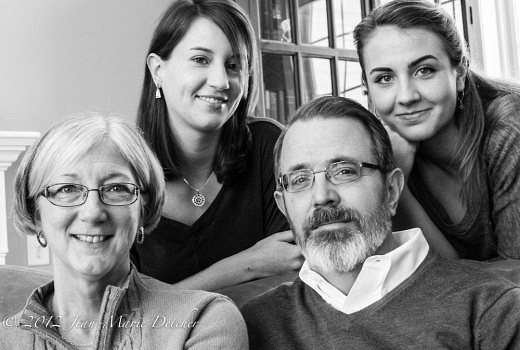 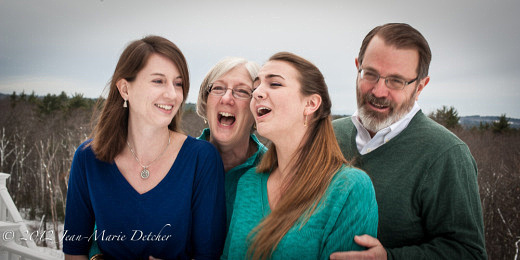