What a day at the local drag strip last Friday!  The inaugural National Hot Rod Association (NHRA) New England National event was held last week at our local drag race strip.  This is “big time”, as in the pros in Top Fuel, Funny Cars and the like.  This was a huge boost for this area and race track and thousands came out for the event that lasted all weekend with the final races on Sunday.  Personally, I love racing, all types of racing, and I decided to head out for the Friday qualifying events.

I’ve been to NHRA races before (in the Dallas area) but it had been several years and admittedly, I forgot how amazing it is to watch these drag races.  They are SO incredibly loud and when they take off from the starting block there is so much vibration and noise that it creates a feeling like no other inside you.  They burst off the starting line so explosively that I could help but laugh and scream and eventually, take pictures!  I started out in the preliminary line up area that they call “Nitro Alley” and was able to grab a few closeups of drivers and their cars.  It was fun watching them go through their rituals of getting prepared, from getting in their firesafe suits to prayer with a chaplain to methodically getting strapped into the car.  I also grabbed a few of the actual races.  This was really my first attempt at anything like this and I’ll admit, it is hard trying to capture something going by you at over 300 miles per hour!  I learned a lot and had an absolute blast… I can’t wait until next year!

Oh… and in the finals on Sunday for the Funny Cars it was a father-daughter duel.  John Force versus his daughter, Courtney Force (pictured below).   It was an excellent race and Courtney WON! 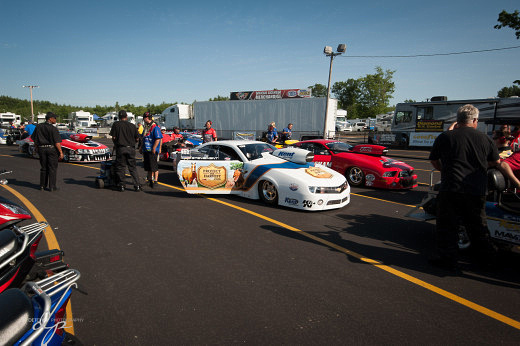 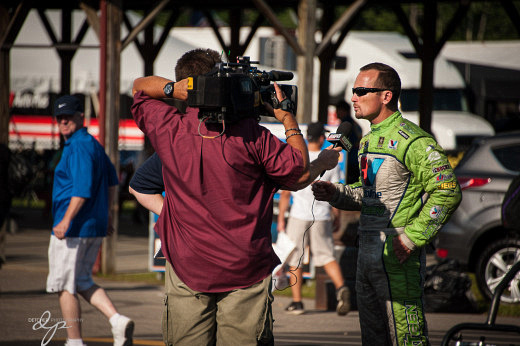 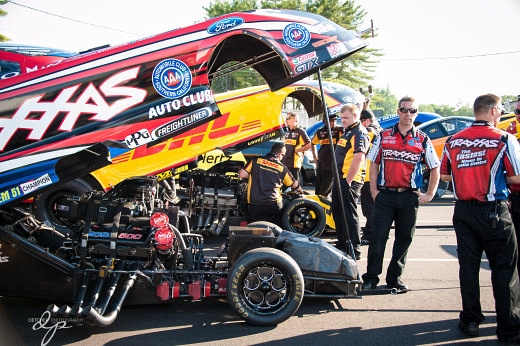 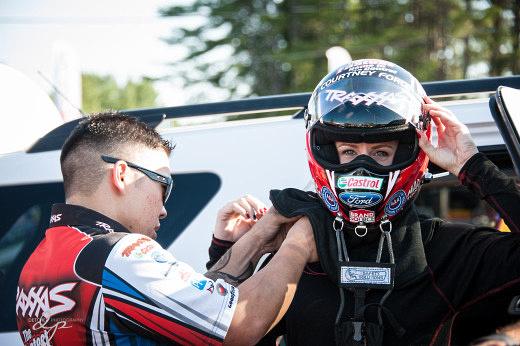 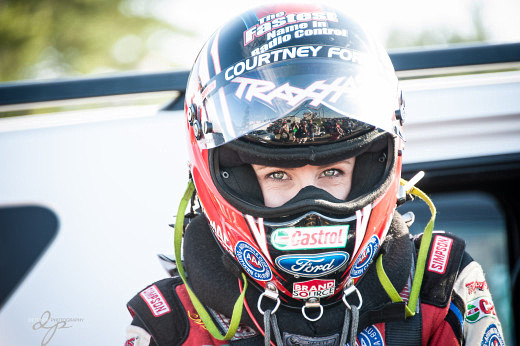 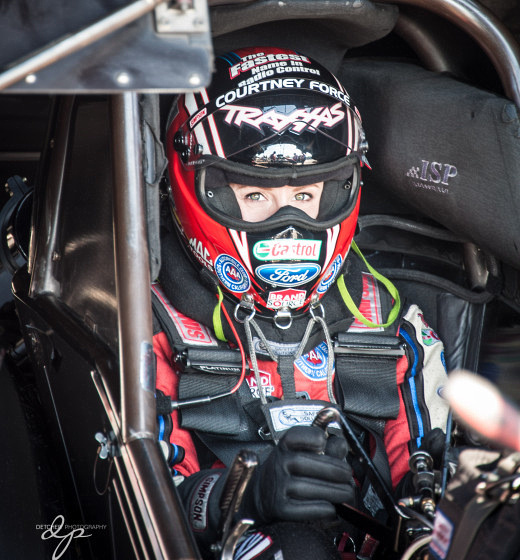 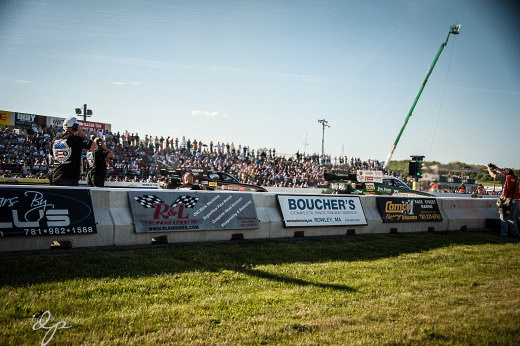 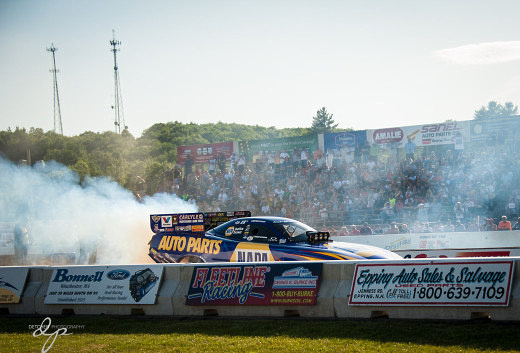 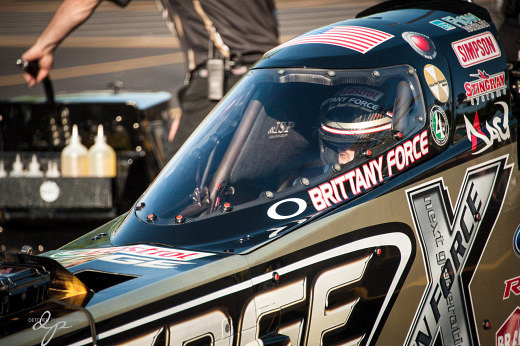 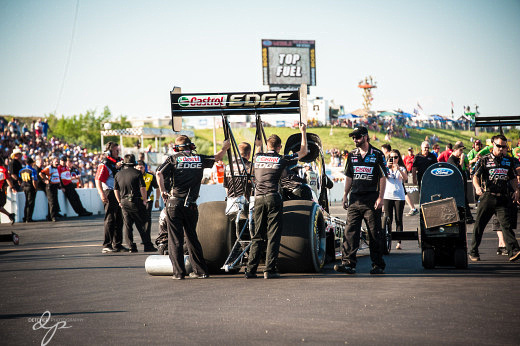 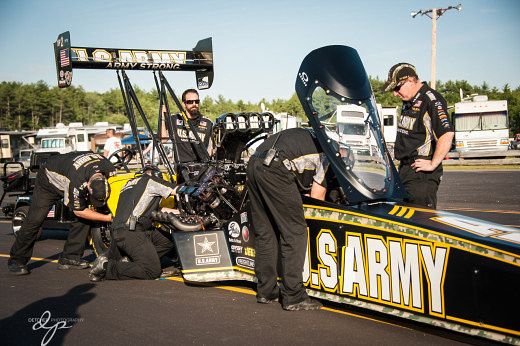 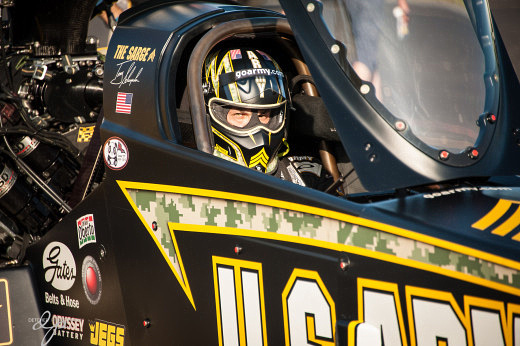 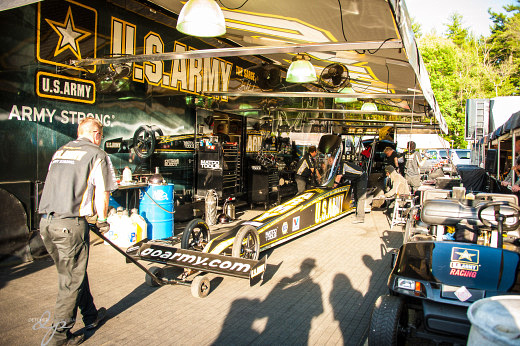 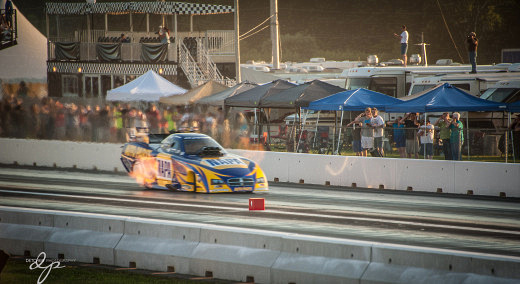 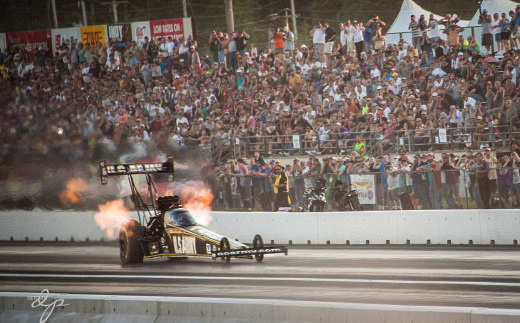 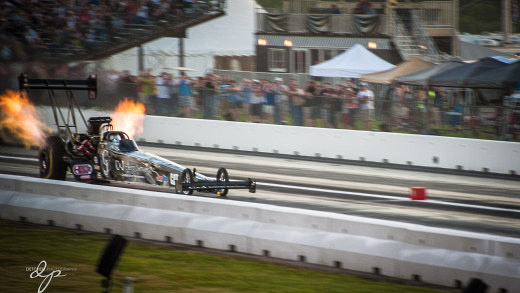 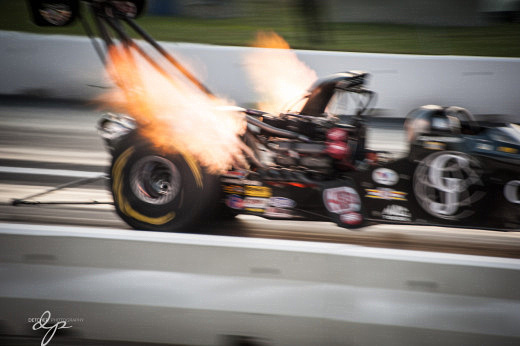