Wow, did we have a serious snow storm here in New England!  Actually, it was officially a blizzard.  The snow was really falling and the wind was howling.  At one point, they even said we had hurricane force winds along the coast.  At my house, I got somewhere between 2 1/2 and 3 feet of snow in ONE NIGHT.  Yes, one night.  I’m sure most everyone in the US has heard about it on the news.  Thankfully I didn’t lose power, but I sure did have a mess of snow to clear out of my driveway when it finally ended.  That’s one way to get your weekend workout!

Then, there’s the day after.  The day we all get to go play and have fun it it!  Many are out skiing in the mountains nearby.  The kids are sledding (we didn’t have any snow on the ground before the storm) and others are out cross country skiing.  I decided to make my way to a local park and try out my snow shoes.  I had bought them two years ago when we had a ton of snow (literally, a ton) but didn’t get many opportunities to try them out.  Today I grabbed them and headed toward a park right on the ocean about 2 or 3 miles from my house.  Of course, I had my camera with me (which I dropped when I got home and shattered a filter on my lens… but that’s a story for another day

).  While there wasn’t as much snow right on the water due to the storm surge, there’s still a lot.  You get the idea from the photos below.  Some have a fanciful look and others are clear and almost harsh, all managed by clarity and contrast.  You can click on them to view a larger image.  Enjoy… and stay warm! 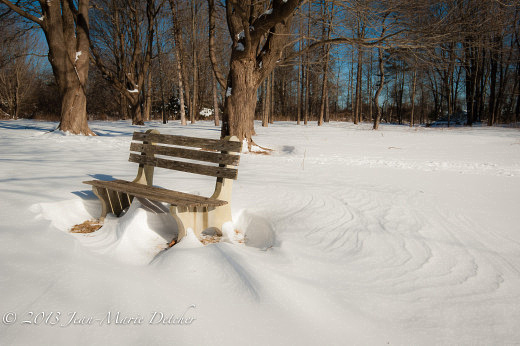 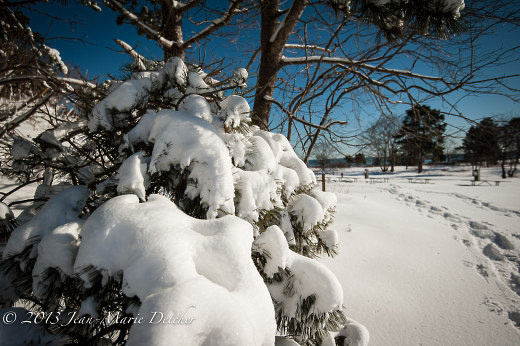 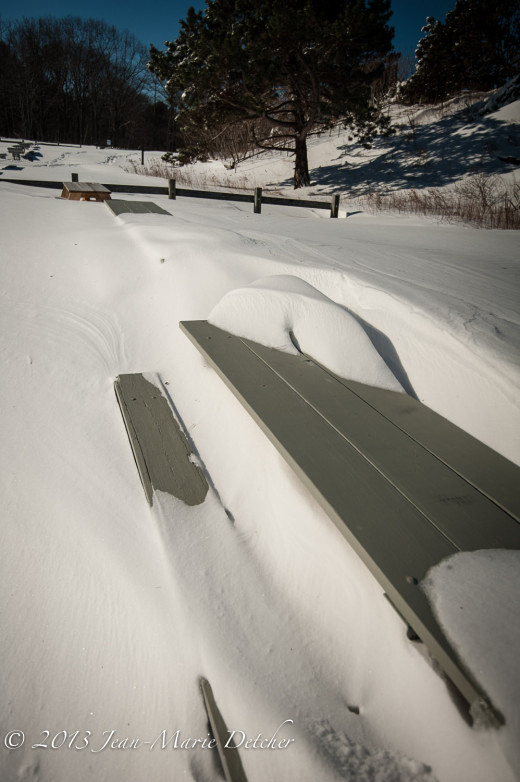 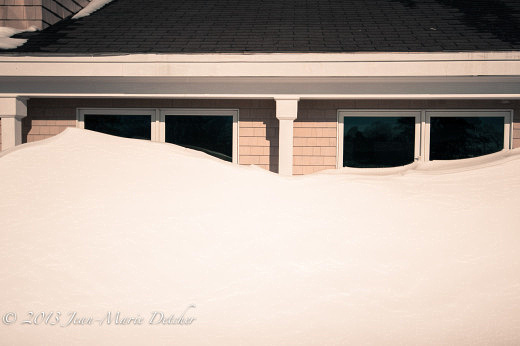 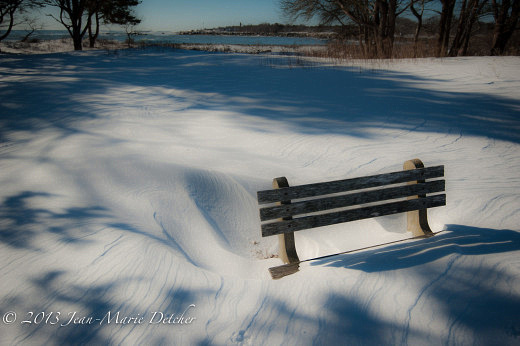 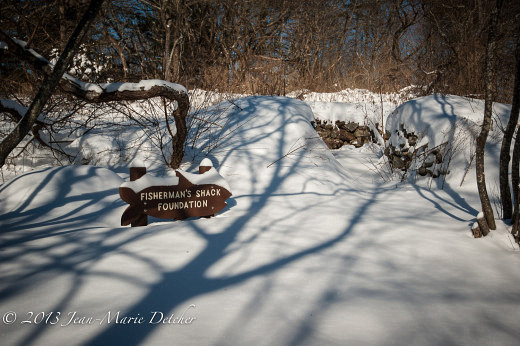